It’s the not-much-awaited Winter 2017 anime simulcast season, and as usual, I have a full list of series I’m checking out this winter.

While I’m not super invested in almost any of these series, there’s still quite a few on my list, and I’m looking forward to checking them out. 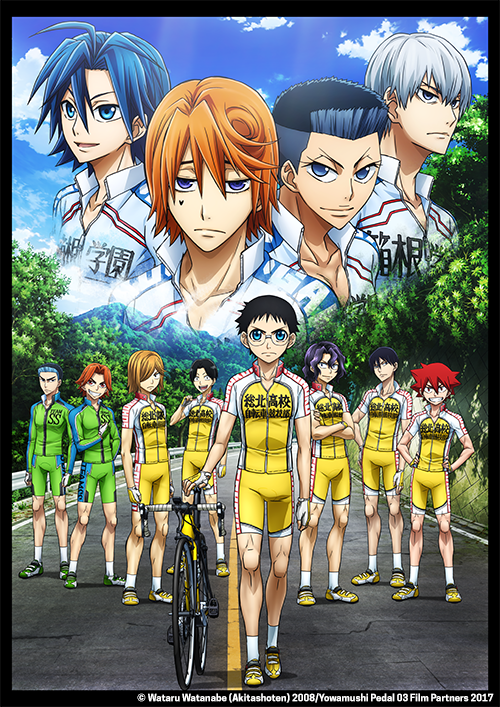 The season number is actually a bit off, but I swear to GOD it feels accurate. How many episodes have they spent on this tournament already?

Yowa is one of my continuing series for Winter 2017, and mainly I’m watching because I’m stubborn. The art is a little meh, but it’s pretty funny, and there are Many Feelings in this one.

Konosuba is one of the series that I watched religiously with my friend/writing partner Emily when it was going live. Our expectations were low, but it was honestly a lighthearted and fun series, and we really enjoyed the first season. I’m definitely looking forward to more lighthearted fun in season two.

I loved Assassination Classroom. I came for the comedy and stayed for the tears. Koro Sensei Quest will probably stick to the f0rmer, but in the face of more Akabane Karma, I’ll take what I can get.

And now for an introduction to this season’s test series.

Saga of Tanya the Evil 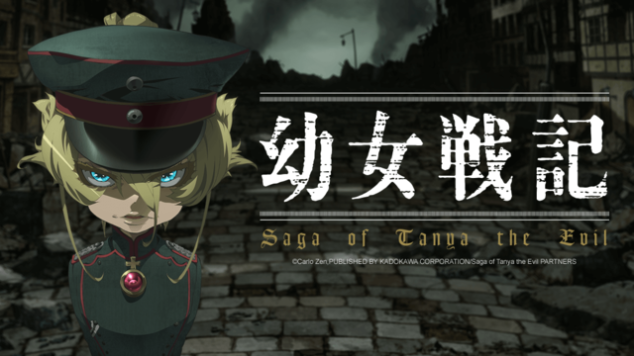 While I find the promo image for Tanya the Evil (above) a bit disturbing, the series’ concept is actually pretty fascinating: an evil dictator is reborn in the body of a young girl. I’m not sure tonally how this anime will be — comedy? Drama? — but at the very least, I do want to give it a shot.

To be honest, anything that has “schoolgirl” in the title usually makes me extremely hesitant. Schoolgirl Strikers is about a high school in which a few select students have a secret part-time job defending the world from monsters.

Despite the premise, it definitely has a look of “Cute Girls Doing Boring Everyday Things,” which is NOT a genre I enjoy, so I’m hoping it’ll be more of an action-packed story than a slice-of-life. 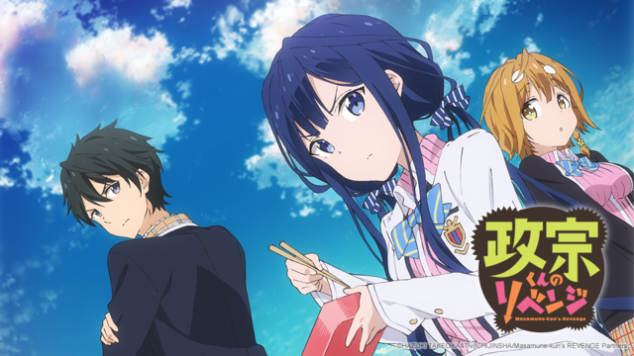 This is one of the only series on this list I’ve had the chance to check out already, and it’s already one of my favorites. I’ve been looking forward to Masamune-kun’s Revenge since I heard about Seven Seas acquiring the manga, and the anime is totally living up to my expectations.

I have pretty awful taste in what I find funny, and Masamune-kun’s narrative of a boy who gets hot to get revenge on a girl who broke his heart hits all the right keys for me. I’m very excited to find out how all this goes.

My most anticipated series this season was Blue Exorcist: Kyoto Saga, a second season for the franchise. Protagonist Rin is one of my favorite anime characters to discuss in terms of analysis. (Come on: he’s a mixed-race kid who is literally the son of Satan. It’s just asking to be analyzed.)

So far, Kyoto Saga has a different approach to the ethical dilemmas than the first season. Rin’s heritage was exposed at the conclusion of the first season, and as the second season opens, he’s dealing with the consequences of that. Just as fascinating is an exchange from the first episode regarding his brother, Yukio, who faces a philosophical dilemma of his own.

Kyoto Saga is definitely one of the better anime simulcasts this season, at least when it comes to the series I’m most excited about. What are you watching this simulcast season?

One thought on “What I’m Watching: Winter 2017 Simulcasts”