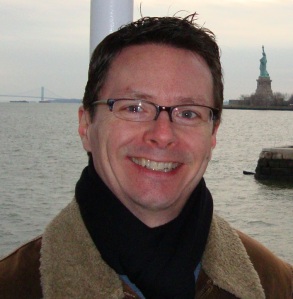 My eleventh grade English class read Frankenstein, and it started a debate with my teacher.  There is a scene in the book where the monster meets a blind girl.  The girl, not able to see the monster’s deformities, befriends him, and for the first time, someone treats him with compassion.  My teacher told us that this was Mary Shelly’s commentary on mankind’s tendency to judge based on appearance.  I questioned her.

Wasn’t it possible, I wondered, that Mary Shelly simply wanted to create believable characters that the reader could care about?  Didn’t showing a range of emotion in the monster make him more relatable and help draw the reader into the story?  Aren’t the best stories really about characters and how they deal with their situation?

I probably didn’t put it quite in those words, but that was the gist of my argument.  The teacher agreed to open the floor for discussion (which made me feel pretty good for a short, introverted geek with oversized glasses and a mullet).

I’ve been thinking about that discussion recently because I finished a book where I felt the author could’ve benefited from what had been said.  In this book, a female investigator is coerced into helping a drug lord determine who killed his beloved wife.  Our heroine’s policeman boyfriend follows her to South America, is shot and then nursed back to health in the drug lord’s compound.  While her boyfriend is near death in the next room, the investigator considers accepting the drug lord’s sexual advances (he’s just sooo powerful, and that’s hot!).

And… I lost interest.  I no longer cared what happened to the characters.  They’d stopped being real.  Would this investigator really develop those feelings?  Not the way she’d been previously portrayed.  How much did the drug lord really care about his dead wife?  Very little, apparently, so why was he going through all this trouble?

Love triangles and plot twists are fine, and I would’ve had no issue with these characters’ thoughts and actions if they’d somehow been established as people who would entertain such thoughts and perform such actions.  But the opposite was the case, and as a reader, I simply stopped caring.

If a character’s actions exist only to propel the plot, then you’ve done a disservice to the character and your readers.  While writing Good Deeds, I realized that one of my characters had acted against the personality I’d given him.  He’d left someone behind in the midst of horrific creatures only because I felt it made for better suspense and conflict.

But it didn’t ring true, and I knew it, so I scrapped about 30 pages and changed the action to match the character.  That change took the story in a different direction than I’d planned.  The result, I think, is a better story and actually has more suspense than the original writing.

Not only should actions follow a character’s mold, but descriptions and internal monologues should also ring true.  For example, let’s say you’re writing a scene where your protagonist (we’ll call him Jim) is wandering through a crumbling urban landscape, a once thriving city that has seen better days.  If Jim is an architect, you might describe the chipped stonework and compare early 1900’s warm craftsmanship to the 2000’s cold steel and glass.  Or, if Jim is a hypochondriac with OCD, he’ll only notice the filth in the wet gutters and the mixing scents of asphalt grease and rotting garbage in the alleyways.

And if Jim is a gang leader… well, you get the idea.  Either way, you’ve described a city in despair, but you’ve also made your character more real and relatable for the reader.  The reader will become emotionally invested in Jim, care more about what happens to Jim, and find Jim’s story more engaging.

So, please, take a lesson from Mary Shelly.  Create a confused monster instead of an apathetic private eye.  Jim—and your readers—will  thank you for it.

D. Miles Martin is a former English teacher and author of the dark novel Good Deeds (Amazon, Barnes & Noble, Smashwords) and the novella The Evolution of Mortality (Amazon, Barnes & Noble, Smashwords).  Hell Bent, the first in a new series of horror-mysteries, is scheduled for release in the spring of 2012.  You can find D. Miles Martin on his website, Facebook, and Twitter.

Feliza Casano is a writer and editor with a love of speculative fiction, graphic novels, and good books. She writes and edits at Girls in Capes (GirlsinCapes.com) and contributes to other websites on science fiction and fantasy topics. View more posts